Home/Dogs in the Media, Donate to a Dog Team/Meet Wynn & Wendy
Previous Next 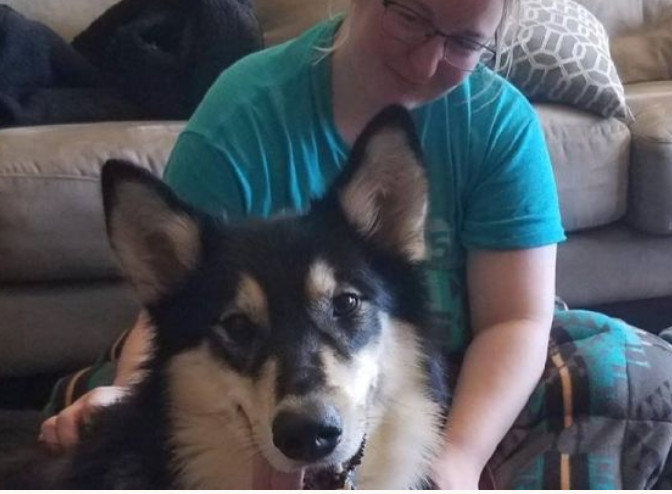 Wynn was 18 when she found out that she had what most people know as Aspergers Syndrome, meaning she is high-functioning on the Autism spectrum.

Knowing this wasn’t upsetting at all to her, it actually made a lot of things make sense.  For a few years after that, things were fine and didn’t really change much.

But in 2012 she experienced an assault that led to her having PTSD, and she subsequently developed excruciating social anxiety. In 2016 she was diagnosed with Generalized Anxiety Disorder, and was given a  referral to her university’s Autism clinic.  Around that time, she did some research into how service animals can benefit an adult on the spectrum, and how they can assist with anxiety. She applied with an agency where she lives in Alabama, but ultimately withdrew her application due to a lack of familial support, but then she found Animals Deserve Better.  Our director was able to give Wynn the  encouragement that she needed, and we also had a dog that who she believed would be a good match for Wynn, and led her to committing to the application.

Wendy was placed with Wynn in July of 2018 and Wynn will tell you that it’s all more complicated than she had ever imagined; she was a fresh-out-of-college student, newlywed, between jobs, and her anxiety often makes her struggle to see herself as a good handler for Wendy.

Wendy does her job to the best of her ability, and since being placed with Wynn in January 2019, she has made Wynn’s quality of life infinitely better. But because of Wynn being unemployed and due to her mental health, it has been an enormous struggle to stay consistent in paying for Wendy’s training. Wynn has been blessed by support from close friends, but she has a long way to go. Any help they can get, will be invaluable.

Please consider making a donation to help with the cost of Wendy and her specialized training. No donation is too small and every donation is appreciated more than you know. 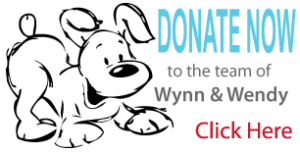