Home/Dogs in the Media, Donate to a Dog Team/Meet Kallie n Nellie
Previous Next 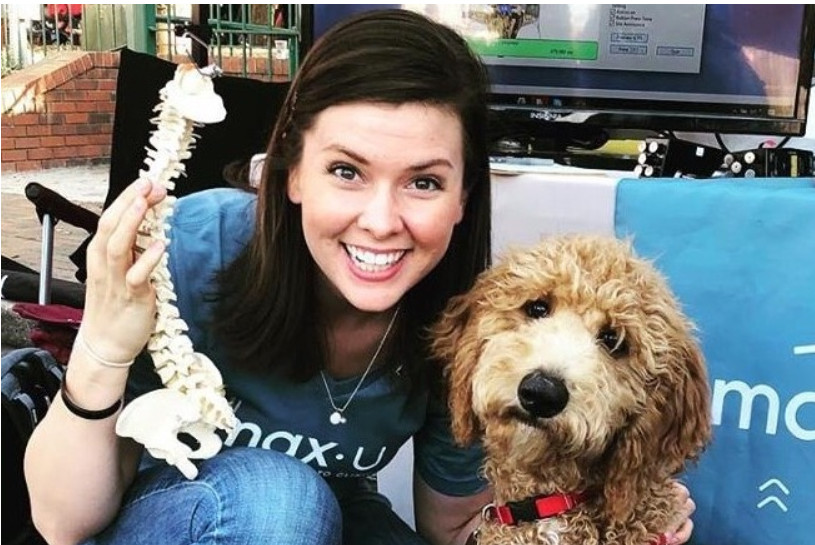 Meet Kallie and Nellie.  Kallie suffered her first seizure when she was 21 years old; however, it was misdiagnosed and she went through her 20’s having these spontaneous “episodes.”

When she was 28 years old, she had an episode and fell hard against the wall and floor. She suffered a concussion and the episodes transformed dramatically, so that she started to have 2-3 seizures a day, 20+ seizures a month and ultimately had her independence taken away. Finally, when she was 29 years old, she was diagnosed with Epilepsy.

Kallie saw a massive improvement in her health when she started to see a Chiropractor. She was taken off ALL of her medications and was starting to thrive! The seizure frequency started to decline and she was truly living her best life! She decided to go back to school to become a Doctor of Chiropractic so that others could experience true health.

She is currently 2 years into her schooling and due to the high demand and increase in stress, unfortunately, the seizure frequency has increased. Kallie made the decision to get a Service Dog to assist her and her life has never been the same. She LOVES her Nellie girl! Nellie has become such a huge part of Kallie’s everyday life in helping her be more independent. Nellie alerts Kallie when a potential seizure is going to occur, Nellie calms Kallie’s body down, and she ensures that Kallie is safe and she gives Kallie the confidence and independence that she needs to go out into the world everyday.

Nellie was a huge financial investment for Kallie, especially while going to school. Nellie’s original cost was $16,500. Kallie has done various forms of fundraising and needs help to raise the remaining balance of $9,500. Kallie needs to pay this off as soon as possible.

It is a lot of money, but Nellie has changed Kallie’s life forever and not to mention those around them! All of Kallie’s family lives in Texas and she attends school in Georgia. Since getting Nellie, her parents are much more at ease and they don’t worry about her nearly as much.

Kallie is a very strong and courageous young woman who says that she will never see herself as a victim to epilepsy, nor will she allow epilepsy to decide whether she is capable of doing the things that she LOVES to do! She says that wants to be able to be an example to her future patients that anything that you put your mind to you can achieve. I believe that Kallie’s patients couldn’t ask for a better role model, she is a very special young woman worthy of the title.

Please help Kallie raise the remaining balance for Nellie, no donation is too small and every donation is so very much appreciated! 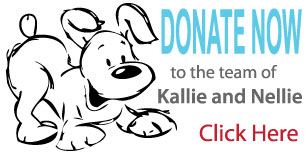